Squash is a favorite of mine, zucchini, yellow, and spaghetti routinely make their way into my kitchen.  Spaghetti squash is a fall favorite.  I usually serve the “noodles” from the squash with marinara or spaghetti sauce and, on occasion, I whip up a cream sauce and make an alfredo type of squash with cream, garlic, and Parmesan cheese.

Recently, I began looking for new recipes.  I wanted something different and new from my standard dinners.  I eat a lot of chicken, so I began to experiment with the concept of chicken and squash.  I ended up with this variation on chicken and spaghetti squash. 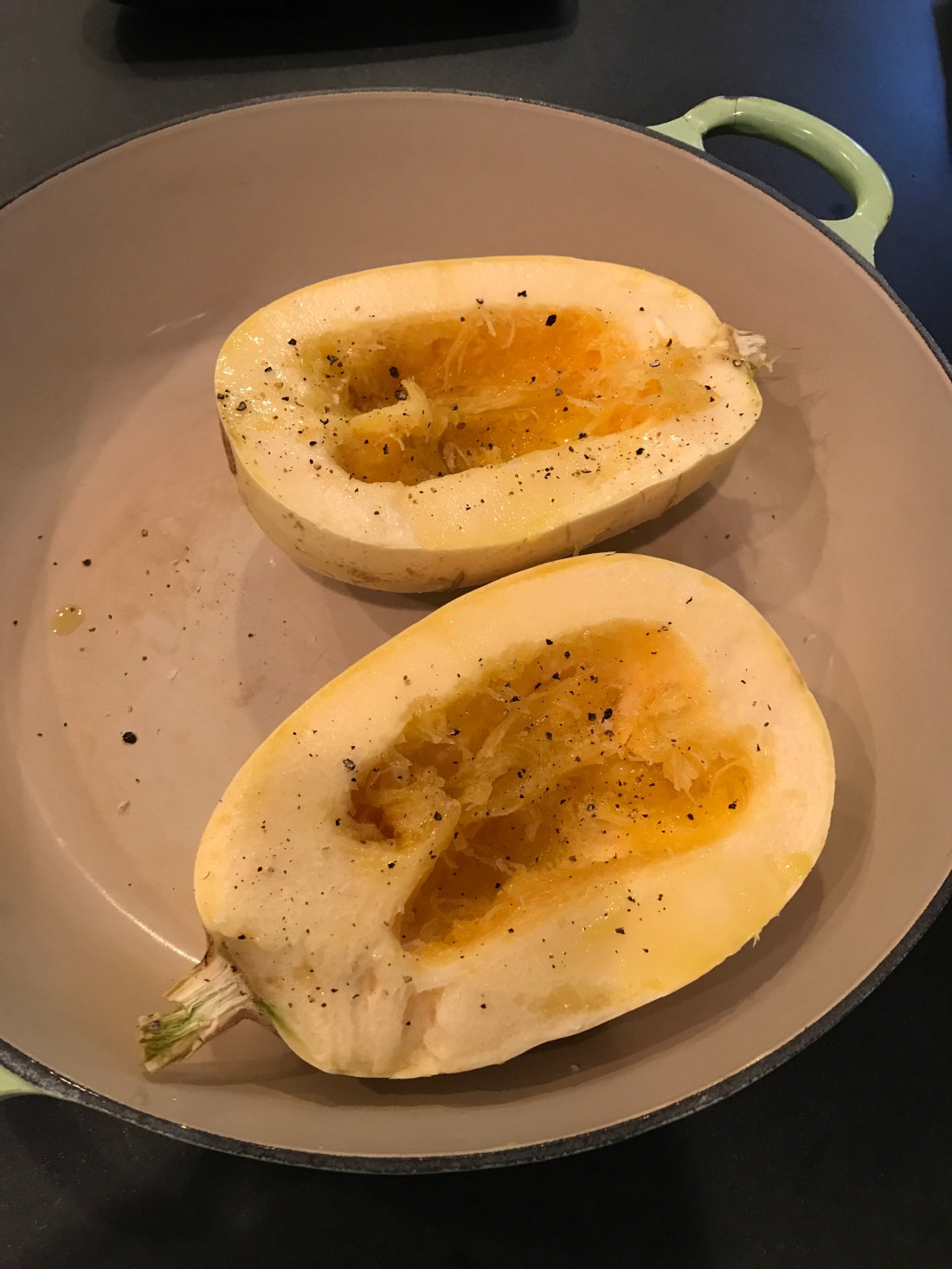 Half an onion diced

tomato pesto sauce, half a cup

Olive oil, salt and pepper, and Italian seasoning all to taste.

Cut the spaghetti squash in half, length wise.  Sprinkle olive oil, salt, and pepper over each half.  Place the halves open side down in a baking or oven proof dish and cook at 350 for thirty minutes. After thirty minutes, remove and permit to cool.  Once cool, remove seeds with a grapefruit spoon then, still using the grapefruit spoon, remove the squash in long noodle like strings to a bowl.

Next, in a skillet, add more olive oil, onion, chicken, Italian seasoning, salt, pepper, and shredded carrot.  Sauté until chicken is almost done.  Toss in the tomato and bell pepper and sauté another three minutes.  Next add in the Parmesan cheese and spaghetti squash.  Remove entire mixture to a baking dish and place in the oven on 350 for thirty minutes. 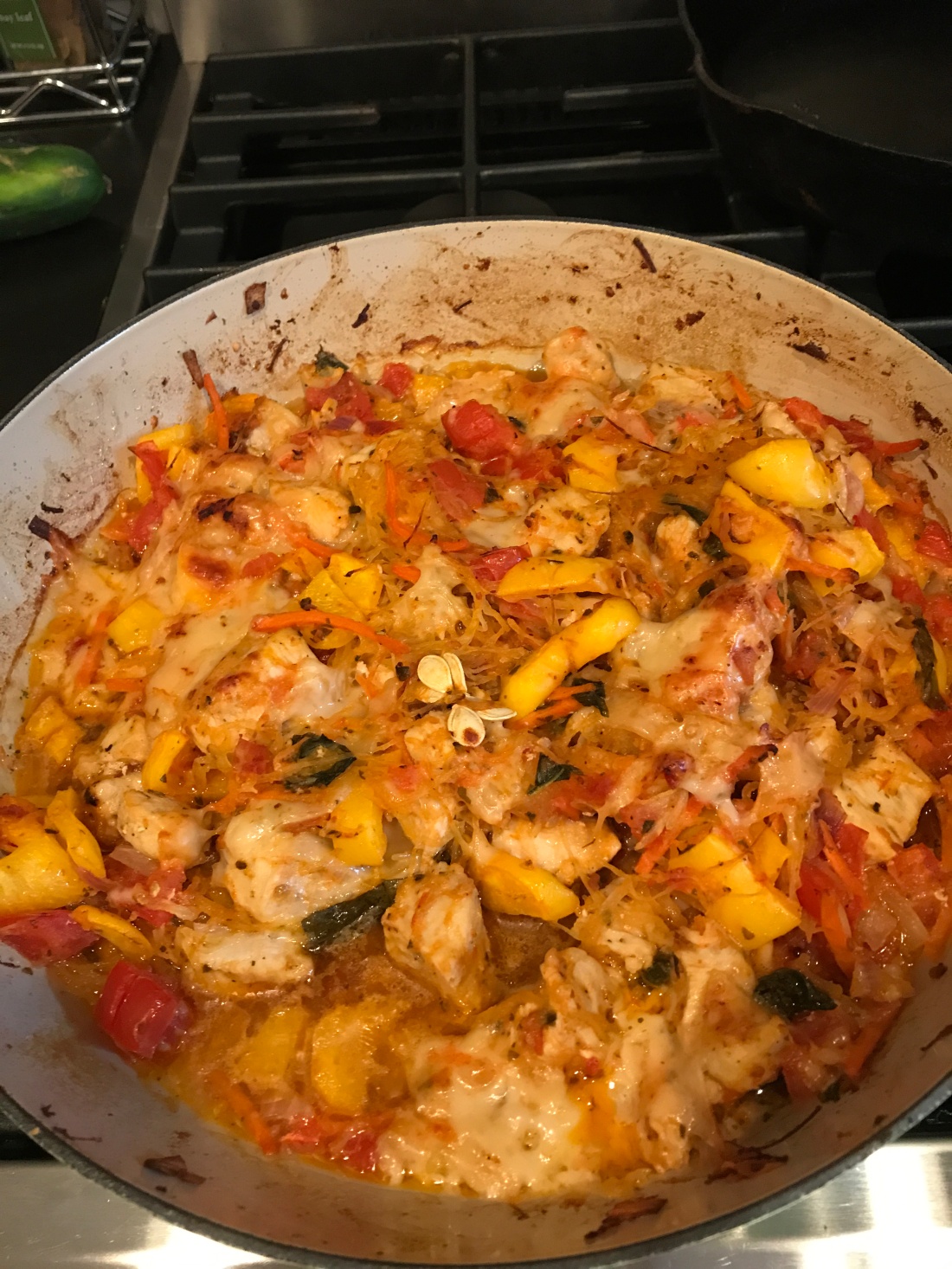 I'm a born and bread NC girl who spent her summers wandering the SC coast. A graduate of Chapel Hill, I'm a lawyer and a librarian who loves to cook, read, and travel. This blog is intended as a lifestyle blog and a way to share my favorite things in life. View all posts by Carol

Time to chill.
Must start the day with tummy rub
Love the new Goyard necessaries. It loves Hermes as well #goyard #hermes
#goyard
Dreaming of travel

Southern Through and Through with a Kick, a lifestyle blog